Our corporate member SERV (Schweizerische Exportrisikoversicherung) supports Swiss exporters in times of COVID-19. To read in German, French or English, please click on the respective links:

For more information, please click on the following LINK

Dr Augusto López-Claros speaks about the new world order in the face of the COVID-19 pandemic and its economic and social consequences.

To watch and listen to the interview in Spanish, which was posted on Facebook, please click on this LINK 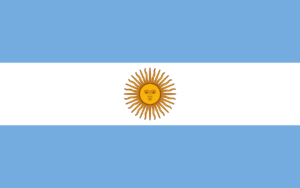 Every cloud has a silver lining – or – No hay mal que por bien no venga!

Extraordinary, corona-induced circumstances prompted us to put together the first bilateral video meeting between two Chambers of Commerce.

Board Members of the The Latin American Chamber of Commerce in Switzerland met with Board Members of the Swiss-Argentine Chamber of Commerce in a bilingual (E/S) videoconference aiming at discussing how both countries cope with the new reality surrounding COVID-19. The video meeting was also attended by H.E. Heinrich Schellenberg, Ambassador of Switzerland to Argentina, with a special address to participants. The Presidents of both our Chambers, Ernesto Kohen (Grupo Chronex) and Ramon Esteve (ECOM Agroindustrial Ltd.), emphasized the importance and value of a strong and productive bilateral cooperation going forward. The main focus of the meeting was on assessing the current situation both in Argentina and Switzerland with the serious economic fall-out due to the COVID-19 pandemic and the uncertainty with regard to the future.

To read the remarks made by Dr. Philippe Nell, Honorary Ambassador of LATCAM, on how Switzerland has so far been coping with the consequences of COVID-19, please click on the following LINK

The IDB (Inter-American Development Bank) publishes daily updates on the coronavirus situation in Latin America and the Caribbean.

Latin America’s governments have faced a number of domestic pressures in recent years, including humanitarian, political and geo-economic, which have led to an economic slowdown in the region.
A bumper set of panellists debated how leaders in Latin American countries can establish cohesion across the region and build a sustainable, prosperous and secure future.
The panellists were Alicia Bárcena Ibarra, Executive Secretary for the United Nations Economic Commission for Latin America and the Caribbean (ECLAC), Paulo Guedes, Minister of Economy, Brazil, Angel Gurría, Secretary General, OECD, Lenin Moreno Garcés, President of Equador, Guillermo Nielson, Special Envoy of the Government of Argentina and, Graciela Márquez Colín, Minister of Economy, Mexico.
In 2019, eight Latin American countries changed leadership against a background of economic challenges and issues with inequality. The region achieved just 0.1% growth with 1.6% predicted in 2020 by the IMF.
The panel is united in agreeing that the region faces significant challenges – some common across borders and others country-specific. Neilson explained that Argentina is focused on two key areas this year: debt restructuring and launching a programme to promote growth.
He summed up the situation in simple terms: “In order to foot the bill [of our debt] we need to grow.”
Guedes answered the challenge from Ibarra that Brazil has not been growing enough by saying: “For many decades Brazil was the fastest growing economy – above China. Somehow we lost our way.”
Part of the reason, Guedes explained, is that Brazil has been spending above its means with inflation running wild. After 40 years of mismanagement, he believes that his government has started to tackle some of the overspending – areas such as social security and debt interest – and they are seeing a slow and steady recovery.
In Mexico, the country has the world’s lowest minimum wage. Márquez Colín said that her country is committed to improvement with tight controls on inflation and paying back public debt, suggesting that the “macro stability looks fine”.
She argued that the minimum wage has increased in each of the last two years and there is a commitment to offer better paid jobs in the future. They are also looking to tackle inequality, particularly in the south of the country, through large infrastructure projects.
________________________________________________________________________

One Trillion Trees – a global initiative is launched (Wednesday, January 22, 2020)

The World Economic Forum launches a global initiative to grow, restore and conserve 1 trillion trees around the world – in a bid to restore biodiversity and help fight climate change.

President Ivan Duque of Colombia, one of the panelists in the press conference, said: “The big challenge of our time is climate change and we will not be successful on climate change if we don’t defeat deforestation.” Colombia aims to plant 180 million trees by August 2022, he said.

Securing a Sustainable Future for the Amazon (Wednesday, January 22, 2020)

Juan Guaidó gives a special addresss to Davos 2020, at a decisive time in Venezuela’s history.

What are the next steps for the country?

Reuters sums up his position: “Last January, Guaidó invoked the constitution as head of congress and declared Maduro an usurper. But a year on Maduro remains in power, despite a U.S. campaign to cut off his government’s sources of financing by imposing sanctions on Venezuela’s oil sector, and Guaidó’s attempts to encourage the military to rebel.”

Guaidó defied a travel ban to leave Venezuela on Sunday and has since met with US Secretary of State Mike Pompeo, British Prime Minister Boris Johnson and addressed the European Parliament.

He says he plans to return to Venezuela, but it will be risky.

“This a real opportunity to talk to you, the world’s leaders, to bring the voice of Venezuelan people to say we stand steadfast,” Guaidó said.

“More people have left the country than have have left Syria, but we are not a country at war, there are no bombs, but we do feel the weeping of our people.”” Guaidó said.

“On behalf of Venezuela, on behalf of those children … who perhaps have no hope today, we have to make sure we act.”

Guaidó said his demand was simple: a free and fair election. “What we want is a free Venezuela, a democratic Venezuela which respects human rights, where you can invest, where we can also make the most of our oil reserves, so that we can really unleash the potential that we have, if we can rebuild our region, consolidate a democratic system which would serve its people so that we can stop this disaster.”

For more information on the numerous sessions and contributors at the Annual Meeting in Davos, go to the WEF’s official homepage: https://www.weforum.org

Augusto López Claros is one of the top opinion leaders from Latin America. The international economist, speaker and author of numerous books has over 30 years of experience in senior positions at various international organizations, including the International Monetary Fund, the World Economic Forum and, most recently, the World Bank.

What Global Integration can do for Latin America and the Caribbean luncheon at the residence of the Peruvian Ambassador and in the presence of Ambassadors and Embassy officials of other Latin American countries. The purpose was to open a dialogue about opportunities of mutual cooperation by strengthening ties with LATCAM, get a perspective on potential LATCAM events under consideration for 2020 and give all diplomats present a possibility to ask questions and present their views.

Philippe Nell, Honorary Ambassador of LATCAM, joined Alejandro Garofali, Ambassador of Uruguay to Switzerland, to meet Marcos Esteve, CEO of Banque Heritage, for lunch at the bank’s headquarters in Geneva. Banque Heritage being the only Swiss bank established in Uruguay, topics of the discussion were opportunities for Swiss banks in Uruguay as well as banking and policies affecting Uruguay’s competitiveness.