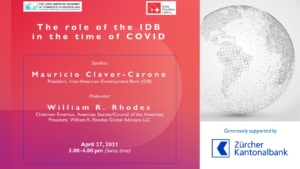 LATCAM and the Swiss Chambers of Commerce in Latin America are honored and delighted to invite you to participate in our joint webinar «The role of the IDB in the time of COVID» featuring as our distinguished guest speaker Mauricio Claver-Carone, President of the Inter-American Development Bank (IDB). The webinar will be moderated by William R. Rhodes, President of William R. Rhodes Global Advisors LLC.

The session will particularly focus on questions such as 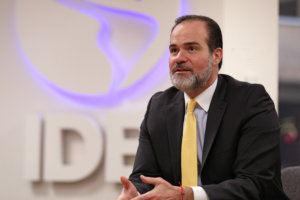 Mauricio Claver-Carone was elected President of the Inter-American Development Bank (IDB) on September 12, 2020. As President of the IDB, he also chairs the Board of Executive Directors of IDB Invest, the private-sector arm of the IDB, and the Donors Committee of IDB Lab, the Bank’s incubator for innovative development projects.

Prior to his election, Mr. Claver-Carone served as Deputy Assistant to the President of the United States and Senior Director for Western Hemisphere Affairs at the National Security Council. In this capacity, he was the U.S. President’s principal advisor on issues related to Canada, Latin America and the Caribbean. During his tenure, Mr. Claver-Carone conceptualized a whole-of-government economic growth initiative, America Crece (‘Growth in the Americas’), which led to the creation of energy and infrastructure finance frameworks with nearly half of the nations in Latin America and the Caribbean. He also spearheaded the first White House-led Western Hemisphere Strategic Framework for U.S. inter-agency policy guidance and development since 2004. 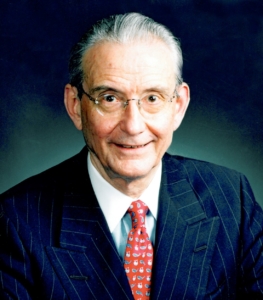 Bill Rhodes is President & CEO, William R. Rhodes Global Advisors, LLC which was founded in 2010.  Having stepped back from full time responsibilities with Citi after more than 53 years with the institution. He most recently served as senior advisor, senior vice chairman and senior international officer of Citigroup and Chairman, President & CEO of Citibank, N.A. before his retirement in 2010.  Subsequent to his retirement, he continued to serve as a senior advisor to Citi from 2010 through 2017.

Mr. Rhodes gained a reputation for international financial diplomacy in the 1980s and 1990s as a result of his leadership in helping manage the external-debt crisis that involved developing nations and their creditors worldwide. He headed the advisory committees of international banks that negotiated debt-restructuring agreements for Argentina, Brazil, Iraq, Jamaica, Korea, Mexico, Nicaragua, Panama, Peru and Uruguay. He has since served as a trusted advisor to governments, financial officials, and corporations worldwide.  In 2011, Rhodes published Banker to the World:  Leadership Lessons from the Front Lines of Global Finance. 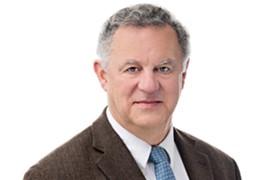 Ramon Esteve is a business leader with more than 30 years of experience in the Agricultural commodity sector. He has held various Senior Management positions throughout his career within the ECOM group and continues being involved in all aspects of the business.

We gratefully acknowledge the generous support by

To watch the recording of the webinar, please click on the following LINK