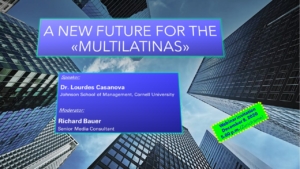 The term «Multilatina» is relatively recent, but the growth and expansion of these Latin American multinational corporations has been going on for decades. They span over many sectors, such as agriculture, consumer goods, mining, retail or infrastructure, paving the way for easier direct foreign investment in the region.

LATCAM is delighted to offer a webinar with Dr. Lourdes Casanova who is a leading expert on multinationals in emerging markets, focussing in particular on the future of the «Multilatinas»:

How do they cope with the economic consequences of the COVID-19 pandemic, which has plunged the entire region in an unprecedented crisis? What are the chances and opportunities that these corporations must seize now to become role models of sustainability and social responsibility? What strategy, leadership and wisdom is needed from them to help shape positively the future of their countries and societies? 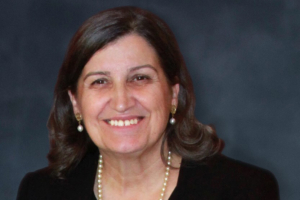 Lourdes Casanova is a Senior Lecturer  and Gail and Roberto Cañizares Director of the Emerging Markets Institute, S.C. Johnson School of Management, Cornell University. Before her appointment to Johnson School, she was a lecturer in the Strategy Department at INSEAD. She was awarded in 2014 and 2015 one of 50 most influential Iberoamerican intellectuals by Esglobal. In 2017 one of 30 most influential Iberoamerican women intellectuals by Esglobal. She is a Fulbright Scholar, has a Masters from University of Southern California and a PhD from University of Barcelona. 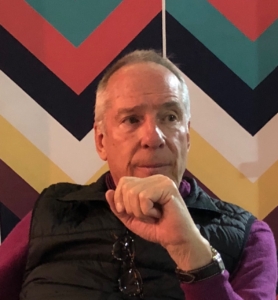 Richard Bauer is a Senior Media Consultant specializing in Swiss-LatAm relationships. He spent most of his professional life in Latin America as a foreign correspondent for the Swiss Daily Neue Zürcher Zeitung (NZZ).

Currently, he is in charge of media relations for Better Gold Initiative (BGI), a public-private partnership bringing together SECO and Swiss Better Gold Association (SBGA). 2007-2012 he was posted by the NZZ in Geneva as Economic Correspondent for UN and WTO. 1997-2007 he served as Correspondent for political and economic affairs in Mexico, Central America and the Caribbean. 1990-97 he was based in Lima as Correspondent for the Andean countries. Before starting his career as a news correspondent he was in charge of a series of development projects run by NGOs and the Swiss Government in Bolivia, Peru and Ecuador.

Richard Bauer has a degree in Literature and History from University of Bern. Post graduate studies in Political Science brought him to the Universities of Konstanz (Germany) and Buffalo (USA). 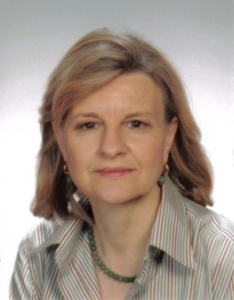 For information, these are some of the leading multinational companies headquartered in Latin America in 2018, based on «multilatinas» index score: LINK