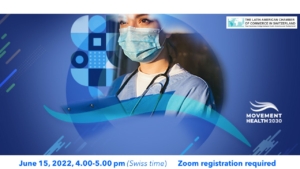 Public health problems, coupled with the Covid-19 pandemic, have strained systems around the globe and have highlighted the importance of health system sustainability. Today more than ever, achieving access to high quality health care and advances in science and technology is one of the goals of every country.

This is why the Movement Health 2030, a group led globally by Roche and the Copenhagen Institute for Future Studies,  was born in 2020 as a non-profit organization that articulates the public and private sector to transform the world’s health systems, addressing the biggest challenges of the sector by strengthening public policies and developing innovative and scalable solutions.

In this Webinar we will discuss the importance of collaboration between the public and private sectors in innovation and health policy strengthening initiatives such as MH2030; and how these can contribute to the transformation of Latin American health systems. 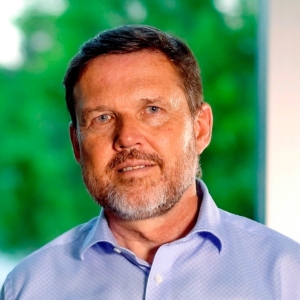 Rolf E. Hoenger
Area Head, Roche Pharma Latin America
Rolf has a personal passion for helping patients in Latin America access innovations in healthcare. He always dreamed of a career dedicated to the patients´ well-being, and the way he found to fulfill this dream was joining a pharmaceutical company.

He has a long trajectory in the region, where he has held several positions at Roche, including General Manager for Peru, Colombia, Ecuador, Commercial Development Director for Latin America, Marketing and Sales Manager for Central America and the Caribbean, and most recently, General Manager of Roche Brazil.

He started his career at Roche Group in 1993 as Market Manager of Central Asia, where he founded the company’s operations in these countries. Rolf holds a degree in Economics from the University of St. Gallen, Switzerland. Bogi Eliasen
Director of Health, Copenhagen Institute of Future Studies
Bogi Eliasen is a knowledge broker whose expertise lies in combining various fields of knowledge. He was initiator of the first population genome project FarGen and received the HIMSS Future 50 global award for his work in 2019. He is also the Chair of the Danish UNESCO Bioethical Committee.He was previously employed by the Faroe Business Affairs and Ministry of Foreign Affairs and worked as a consultant over the last 20 years for politicians, the public sector and private companies.
His next big focus is facilitating the shift and building bridges between the fields of personal and public health. Prior to this position Massimo Manzi worked in several public positions at the Ministry of Foreign Trade and Ministry of Economy, and as a consultant for the Inter-American Development Bank.
He holds a Degree in Political Science and post-graduate Degree in International Relations and Diplomacy from Universitá di Bologna. Manuel Teodoro holds a Master’s Degree in Journalism from the University of Miami. He began his career at CBS News and has worked in journalism since 1985 at Univision, Telemundo and NBC as a Reporter.

He is currently the Director of Séptimo Día, the highest rated program on weekend television in Colombia. He also directs the program El Rastro. He has won 14 journalism awards, including the Emmy (USA), Simón Bolívar (Colombia) and MIDIA (Spain).

He is an expert advisor in communications for private and public companies, specializing in media spokespersons and crisis management.

To get a brief overview on Movement Health 2030 in a 5-minute read, click on this LINK

The webinar recording is available on our YouTube channel LATCAMSWITZERLAND within 24 hours.