This key annual publication by SECO gives an excellent and synthetic overview of the economic situation of Latin America in 2020. It includes a comprehensive analysis of the informal economy, the interplay with the COVID-19 crisis and the policy responses to address this important issue. In addition, it provides detailed data on trade flows between Switzerland and Latin America in 2020, and illustrates 8 new investments by Swiss firms as well as the  progress on free trade.

For direct access of the Report via the website of SECO (pdf as well as order form for hard copies), please click on the following LINK.

Responsible supply chains: the potential for Switzerland and Chile

Chile has gained worldwide attention with its energy transformation: The South American country is rich in raw materials for a sustainable future and relies on a green growth strategy. Chile requires assistance with its supply chains in the fields of water, recycling and inherited waste clean-up, as well as with financing, insurance and transport. You can find out in our webinar how Swiss cleantech companies can get involved and benefit here and how important traceability is in this regard.

This webinar is organized by our partner Switzerland Global Enterprise. If you wish to read the detailed description and register, please click on the following LINK. 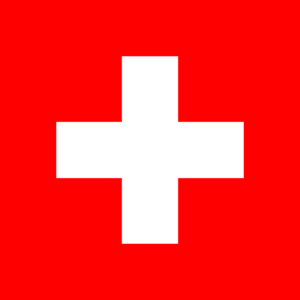 LATCAM was delighted to offer its Board members, for the third time, the opportunity for a dynamic virtual exchange with their peers of one of the bilateral Chambers of Commerce. Our discussion with the Board members of the Swiss-Chilean Chamber of Commerce (ScCC) was introduced by welcoming remarks from H.E. Arno Wicki, Ambassador of Switzerland to Chile, who underlined the role of teamwork as an essential factor allowing to maximize resources, especially in difficult times. He mentioned not only the 200 or so Swiss companies that are already established in Chile, but also the young Chilean companies that are increasingly seeking to set foot in Switzerland.

Linda Walker von Graffenried, Vice-President of LATCAM, mentioned some of the activities and future projects of our Chamber in 2021. Following her remarks, Susana Torres, President of SCCC, concluded the introductory statements with a brief summary of the situation in Chile and in particular the successes of the mining industry. Dr. Philippe Nell mentioned especially the great potential of cleantech for the value chains. Vanessa Motterle from the Swiss Business Hub in Santiago emphasized how, in partnership with Switzerland Global Enterprise, they support the business communities in Switzerland and Chile both ways.

Our partner Switzerland Global Enterprise is cordially inviting the Swiss export community to the next digital event “Internationales Geschäft in der neuen Normalität”.

For more information on the program and registration, please click on the following LINK.

This article has been sent to us by the co-author, William Rhodes, an esteemed opinion leader and friend of LATCAM. The other co-author, Dr. Cristina Valencia, is an epidemiologist and consultant with the World Health Organization (WHO).

NEW YORK (Reuters) – Almost a year after the start of the Covid-19 pandemic, infections continue to increase in much of the world and especially in Latin America and the Caribbean, where the consequences are already counted in economic, social and political terms. After a race to obtain approval for vaccines worldwide, the focus is on this region, where there is concern that the vaccine may not reach the entire population due to factors such as cost and logistics.

The World Bank predicts that the economies of the region will have accumulated losses of $1.2 trillion in 2020. This means that many countries will have to resort, in the short term, to recurring debt to finance the vaccination programs for their citizens. Pragmatic debt exchange models will be essential if the costs to the region’s governments are to be managed.

Currently, 58.7 million people over 65 years of age live in Latin America and the Caribbean. To vaccinate only this age group, providing two doses to each person, within the span of a full calendar year, the countries of the region would collectively need to vaccinate 321,376 people per day. As of March 1, Our World in Data reports that the countries of the region have collectively administered an average of 3.1 doses per 100 people. These efforts, however, are still concentrated in only a few countries in the region.

Compared to richer countries, most Latin American and Caribbean countries (with the exception of Chile) have not been able to secure enough vaccines to cover their entire population, a fact that becomes more evident when those purchases are restricted only to vaccines that are currently licensed.

It is important to note that buying vaccines is not just a matter of the initial cost of the doses. Contract negotiations require many challenging agreements, including the allocation of risk regarding liability for vaccine side effects, as well as how the companies will be contracted and the logistics for delivery services. The ability to buy large stocks of vaccines in advance ensures that wealthier countries have earlier access to vaccines, given the limited global manufacturing capacity to produce them. Argentina, Brazil and Mexico have recently signed contracts to manufacture vaccines in the region.

Undoubtedly, the cost of the vaccine has risks and benefits for countries that seek to reactivate their economies as rapidly as possible. The Inter-American Development Bank has announced that it will mobilize $1 billion to help the countries of Latin America and the Caribbean acquire and distribute vaccines against Covid-19. These funds will complement the $1.2 billion in resources the IADB committed in 2020. This, however, will not suffice, and more innovative approaches, such as “debt for vaccines” are needed.

The use of debt to purchase vaccines will vary greatly across the region, from the number of vaccines included in national programs to the prioritization of funds to deliver them. The “debt for vaccines” model is based on the notion that by converting outstanding debt, capital is retrieved, which can then be mobilized to implement vaccination campaigns and to purchase external assistance for the purchasing of jabs.

Here’s how it might work. A holder of U.S dollar debt with a par value of $100, but a market value of $70 is willing to contribute that debt to the debtor country in exchange for the country’s using local currency in an amount equal to plus or minus $70 to acquire vaccines. The debt contributed is in effect redeemed in local currency at a discount and discharged in full. A pharmaceutical company agrees to sell vaccines to the country (only at a discount) in exchange for the local currency amount that the country has agreed to pay to redeem the debt contributed to it.

Programs, such as this, which help reduce current currency mismatches in vaccine distribution, may be effective approaches to reduce the need for “new money” while at the same time alleviating the current balance sheet with unsustainable “old money” of Latin American countries. Although these debt exchange programs have been used in various developing markets, primarily under the umbrella of “debt for development” and “debt for nature,” risk considerations and possible drawbacks for the various parties need to be considered.

Entities like the World Bank and IADB, among others, have developed their own programs to support the countries’ purchases of vaccines, but they will not be enough. An urgent call needs to be made to pharmaceutical companies to adopt this debt for vaccines model in order to provide the governments of the region with the necessary quantities of the vaccine needed to put a stop to this pandemic. More importantly, this needs to be done in a fast and efficient manner as the rise of new variants of the virus can create constraints to successful vaccination campaign rollouts.

If the “debt for vaccines” model proves to be successful among the Latin American countries, it can be further replicated and used in other developing countries around the world.

Reuters Breakingviews is the world’s leading source of agenda-setting financial insight. As the Reuters brand for financial commentary, we dissect the big business and economic stories as they break around the world every day. A global team of about 30 correspondents in New York, London, Hong Kong and other major cities provides expert analysis in real time.

To read the Report, please click on the following LINK

To learn more about this virtual event and register, please click on the following LINK

To read the Report, please click on the following LINK